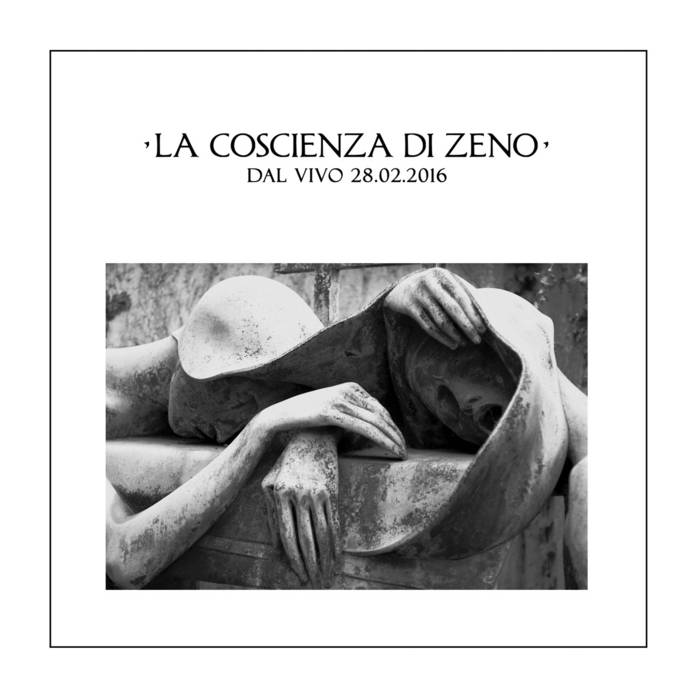 About ten years from the now distant 2007, when the first foundations of this project were laid, one of the current Italian progressive rock scene most important bands, La Coscienza di Zeno, signs for AMS Records; while waiting to give life to their 4th record, they celebrate this event with the release of "Il giro del cappio", a live album recorded on 26 February 2016 in The Netherlands.
"Il giro del cappio" consists of seven long and complex tracks for over seventy minutes of music in which, from classical to hard rock, various genres overlap and intertwine with impressive and apparent simplicity.
Almost one third of the album is occupied by the suite "Giovane figlia", what could be called the 'Side A' of the band's third album "La notte anche di giorno"; four are the tracks taken from the eponymous 2011 debut, while the concert is opened and closed with two songs from "Sensitività" (2013).
We can't imagine a better way the band could present themselves, showing their perfect health state, plus the fact that they've always opted for quality rather than quantity.
On this occasion La Coscienza di Zeno gets rid of the classical elements (flutes, string instruments) and presents itself in a five-piece formation (Alessio Calandriello - voice, Gabriele Guidi Colombi - bass, Andrea Orlando - drums, Davide Serpico - Electric guitar; Luca Scherani - piano, keyboards) under the direction of Maestro and lyricist Stefano Agnini.

Bandcamp Daily  your guide to the world of Bandcamp

Featured sounds from Fly Lo and Ahmed Idris, plus Mother Nature hops on to drop off new project